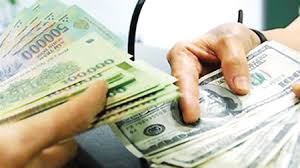 The Viet Nam Shipbuilding Industry Group (Vinashin) has found a way of resolving its debts after the Government asked the Ministry of Finance to issue zero-coupon bonds with 12-year terms.

The total amount of debt worth US$600 million plus $23 million in unpaid interest will be converted into bonds.

The interest rate of these bonds will be one per cent per year and will be given back to buyers when they mature, with their initial capital.

After the state-owned group defaulted on loans for three years, US hedge fund Elliott Advisors LP and the UK’s Bluecrest Mercatile sued the Vietnamese shipbuilder in the UK High Court in November 2011. Vinashin borrowed money from the firms in May 2007.

According to Nguyen Ngoc Su, chairman of the members’ council at Vinashin, the UK High Court accepted the restructuring plan of the group with 77 per cent approval from creditors.

Following the results of a vote at the meeting, 64.7 per cent of creditors, who hold 79.3 per cent of the value of the debt, approved the bond issuance guaranteed by the government.

A news source from Vinashin revealed that the group had signed a debt rollover contract with 20 local banks that helped cut 70 per cent of its debt. Vinashin is also trying to pay back private loans worth $200 million.

Government inspectors discovered Vinashin’s financial malpractice after conducting an investigation into its business operations from July-November 2010.

The group has restructured 43 of its 216 member companies so far, withdrawing capital from 14 companies, closing a further 14, transferring capital to 12 companies and giving its property rights to three enterprises